As part of the Great Big Green Week Abbots in Transition will be showing the film 2040 in the Henderson Hub on Sunday 25th September.

For more information about this community screening and to buy tickets (£6 each), please go to the Eventbrite page.

2040 is a visionary film by the award winning Australian director Damon Gameau which offers new hope to the climate crisis conversation.

Motivated by his 4-year-old daughter and concern for the planet she will inherit, Damon embarked on a global journey to meet innovators and changemakers to discover what the future of the planet could look like by the year 2040 if we embraced the best solutions already available to us, and shifted them rapidly into the mainstream.

Guided by the voices of 100 child interviewees aged between 6 and 11 who describe the kind of world they would like to see by the year 2040, Damon draws on the best minds from around the world to focus on climate, economics, technology, civil society, education, agriculture and sustainability to conjure a positive portrait of what ‘could be’ instead of the current dystopian future we are so often presented.

Aimed at a broad audience including children and their families, Gameau blends traditional documentary with dramatised sequences and high-end visual effects to show how these solutions – including seaweed farming, empowering girls and women with education, automated vehicles and decentralised, renewable energy systems – could regenerate the world for future generations.

Every year an Autumn Festival is held at School Mead in Abbots Langley. The festival showcases local food, business and entertainment. Most years there are:

The first festival (then called AppleFest) was held in October 2015, with the aim of showcasing local food, especially apples!, and selling apple trees for residents to plant locally.

Abbots In Transition organises regular Saturday morning litter picking events around the village, usually followed by a visit to a cafe. 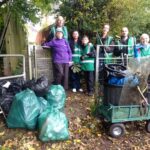 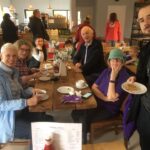 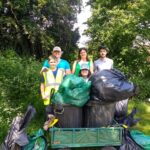 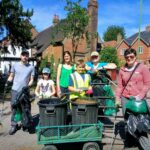 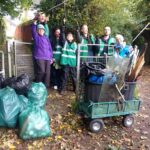 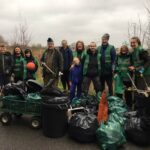 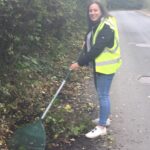 Starting in Autumn 2020, Abbots in Transition organised community giveaways, where residents could leave free items outside their houses for others to take. The giveaways began as a response to the covid-19 pandemic when it was no longer possible to hold the community markets in the Henderson Hall. Three giveaways were held in total, in Autumn 2020 and Spring and Autumn 2021.

Prior to the covid-19 pandemic, Abbots in Transition organised very successful community markets which were held 4 times a year in the Henderson Hub in Abbots Langley.

Abbots in Transition has organised several film screenings in the Henderson Hub.

11 October 2019 – ‘In our hands – seeding change – a film about the influence of large corporations on farms in Britain.

3 October 2019 – ‘Tigers’ – how a baby milk powder salesman in Pakistan becomes a whistle-blower and turns his life upside-down.

20 September 2018 – ‘Tomorrow’ – the solutions we need to combat climate change that are already happening.